Blacknut and Deep Silver further extend their partnership by adding Metro Exodus to the existing portfolio including hits such as Saints Row IV, Saints Row Gat out of Hell or Metro 2033 to name a few.

Blacknut welcomes another major title from Deep Silver to its growing +500 video games catalog, a top game for the RPG-FPS lovers.

Metro Exodus, to be released on Blacknut, is an epic, story-driven first person shooter by developer 4A Games. Blending deadly combat and stealth with exploration and survival horror in one of the most immersive game worlds ever created. A perfect match for the most committed Cloud Gaming players on Blacknut. 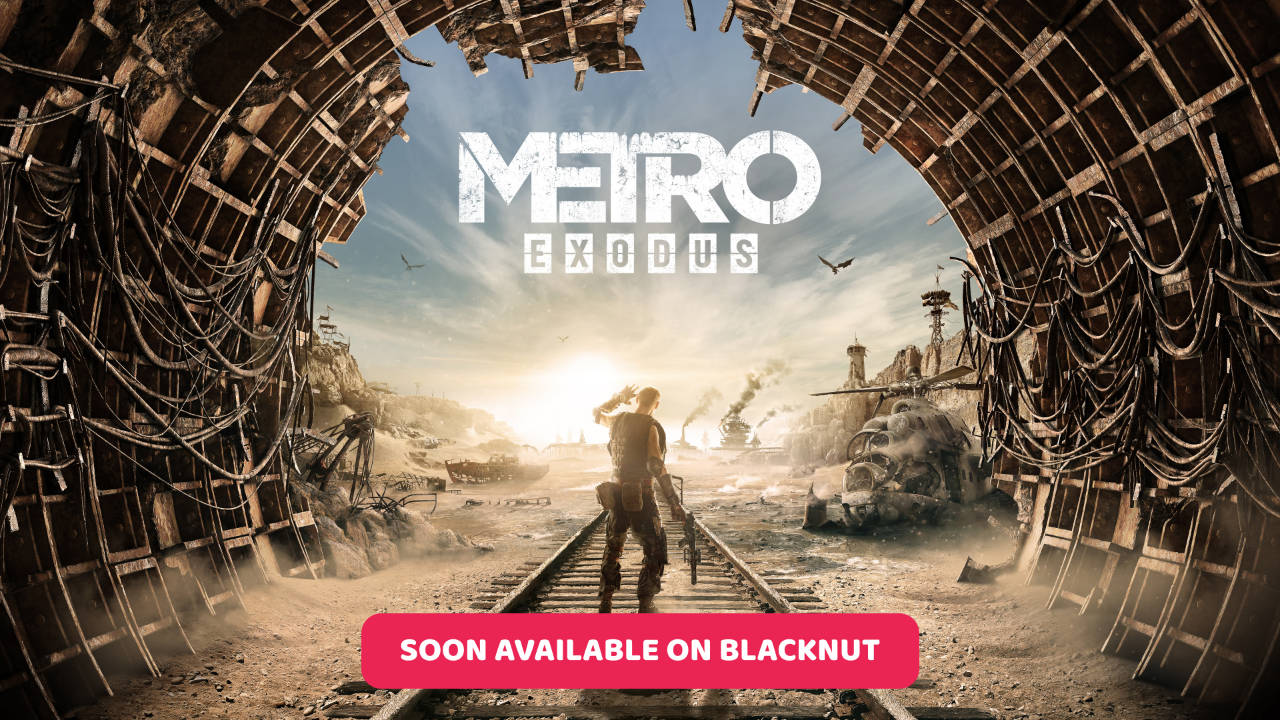 Developed by the acclaimed studio 4A Games and Inspired by the internationally best-selling novels of Dmitry Glukhovsky, Metro Exodus continues Artyom’s story as he embarks on a continent-spanning journey across post-apocalyptic Russia.

Metro Exodus will be available soon to all Blacknut’s users to play on Computers, Mobiles, FireTV, Android SmartTV, Samsung TV, and even directly in the Web App for Chrome and Safari users.

Deep Silver have been one of the very first believers in cloud gaming and we’re excited to further extend our relationship and execute on our vision to make games available to everyone.

With over 6M units sold to date, Metro Exodus is the greatest Metro adventure yet and a fantastic opportunity for Blacknut players to access the game beyond traditional platforms.

As well as its direct-to-consumer service, which currently spans 40 countries, Blacknut is expanding fast with leading B2B Distribution partnerships worldwide that enables ISPs, device manufacturers, OTT services and media companies to launch their own streaming service all around the world. Blacknut is already powering cloud gaming for TIMGAMES in Italy, Drei Telecom HomePlay in Austria, AIS in Thailand or POST in Luxembourg, just to name a few. The company's expansion plans for 2022 continue in regions such as South East Asia, Latam, North America and the Middle-East.

About Deep Silver -www.deepsilver.com
Deep Silver develops and distributes interactive games for all platforms. The Deep Silver label means to captivate all gamers who have a passion for thrilling gameplay in exciting game worlds by creating products of the highest possible quality, always focusing on what the customer desires.Deep Silver has published more than 200 games since 2003, including its own brands like the open world extravaganza Saints Row, the zombie action franchise Dead Island, and the gritty, post-apocalyptic Metro series. Upcoming highlights from Deep Silver include the next entries into the Saints Row, TimeSplitters and Dead Island franchises. Deep Silver also owns the development studios Deep Silver Dambuster Studios in Nottingham, UK; Deep Silver Fishlabs in Hamburg, Germany, and Deep Silver Volition based in Champaign, IL, USA. For more information please visit www.deepsilver.com