It’s a Christmas bonanza for Blacknut gamers with new titles from Disney, Pixar, LEGO® and more in its biggest update so far

Blacknut adds 30 games to its catalogue just in time for Christmas, with something for everyone

Christmas is a time for families, so what could be better than a host of brilliant games that all the family will enjoy playing? That’s the idea behind the biggest expansion we’ve ever made to Blacknut’s catalogue of games, with more than 30 new titles joining what’s already the biggest selection of any Cloud gaming service.

Many of the new games are thanks to Disney joining Blacknut as our latest publishing partner. Disney’s gaming portfolio includes games based on iconic characters including Mickey Mouse and Alice in Wonderland, as well as games based on Pixar movies such as Cars, WALL-E and of course, Toy Story.

Fans of small plastic bricks will also get a Christmas treat with a host of official LEGO games joining Blacknut, again courtesy of Disney. LEGO® Indiana Jones™: The Original Adventures, LEGO® Indiana Jones™ 2: The Adventure Continues, LEGO®, Pirates of the Caribbean: The Video Game and LEGO® Star Wars™ should be more than enough to keep LEGO fans content!

The adventures of the Paw Patrol are watched by younger kids all around the world, so just for them we have the game Paw Patrol: On A Roll! from UK-based Outright Games. 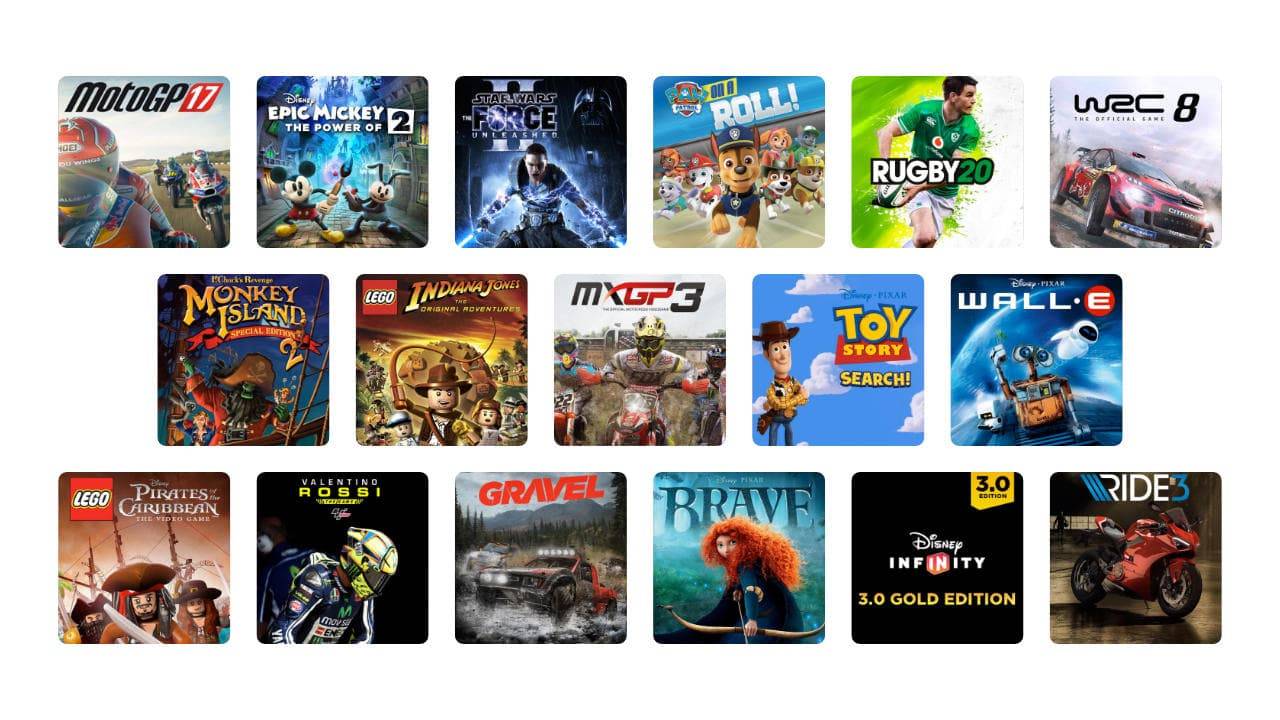 Last but not least we have something for the adrenaline enthusiasts - perfect for shaking off that big Christmas dinner. We are adding eight new titles from publisher Milestone, including the racing games Gravel, MotoGP 17, MXGP 2, MXGP 3, Ride 2, Ride 3, Sébastien Loeb Rally EVO and Valentino Rossi The Game. Plus, from publisher Nacon, we are adding Rugby 20 and WRC 8.

2020 has been the year where cloud gaming has shifted from being something for early adopters to become a mainstream alternative to console and PC-based gaming. The roll-out of 5G services means that games can finally be untethered from a single device, and instead can be played across mobile phones, tablets, laptops and TVs - giving gamers the ultimate in flexibility and convenience.

For Blacknut, 2020 has been something of a breakthrough year, with our service now available in 33 countries, thousands of new monthly subscribers joining directly via blacknut.com, plus many thousands more joining through telecom operator services from POST Luxembourg, TIM Italy, Thailand’s AIS, Swisscom and Partner in Israel.

Our catalogue of games has grown considerably over the year, thanks to new partnerships with publishers including Deep Silver, Disney, Milestone and Outright Games joining our already stellar line-up from more than sixty others including Square Enix, Gameloft, Crytek, Curve Digital and more...

The full list of games joining Blacknut in December:

From Outright Games:
Paw Patrol: On A Roll!