Telecall, Blacknut and Radian Arc Partner to Launch Cloud-Gaming with Over 500 Premium Games

With this agreement, Radian Arc will utilize its ground-breaking GPU-based edge platform to deliver Blacknut’s cloud-gaming service over Telecall’s network, offering over 500 cloud games to thousands of Telecall subscribers. Additionally, Radian Arc and Telecall will be making Radian Arc’s infrastructure-as-as-service available through their joint sales efforts to telecom operators and game publishers in Japan.

As a global leader with over 20 years of growth and offices in Brazil, US, and Portugal, Telecall serves B2B and wholesale customers around the world with more than 600 interconnections with telecom operators around the globe. Launched in 2018, Blacknut’s cloud gaming service is available directly to gamers in 40 countries. Blacknut enables ISPs, device manufacturers, OTT services and media companies to quickly launch their own streaming games services. Blacknut is already powering cloud gaming services for telecom operators such as Telecom Italia (Italy), Swisscom (Switzerland), and POST (Luxembourg), amongst others. 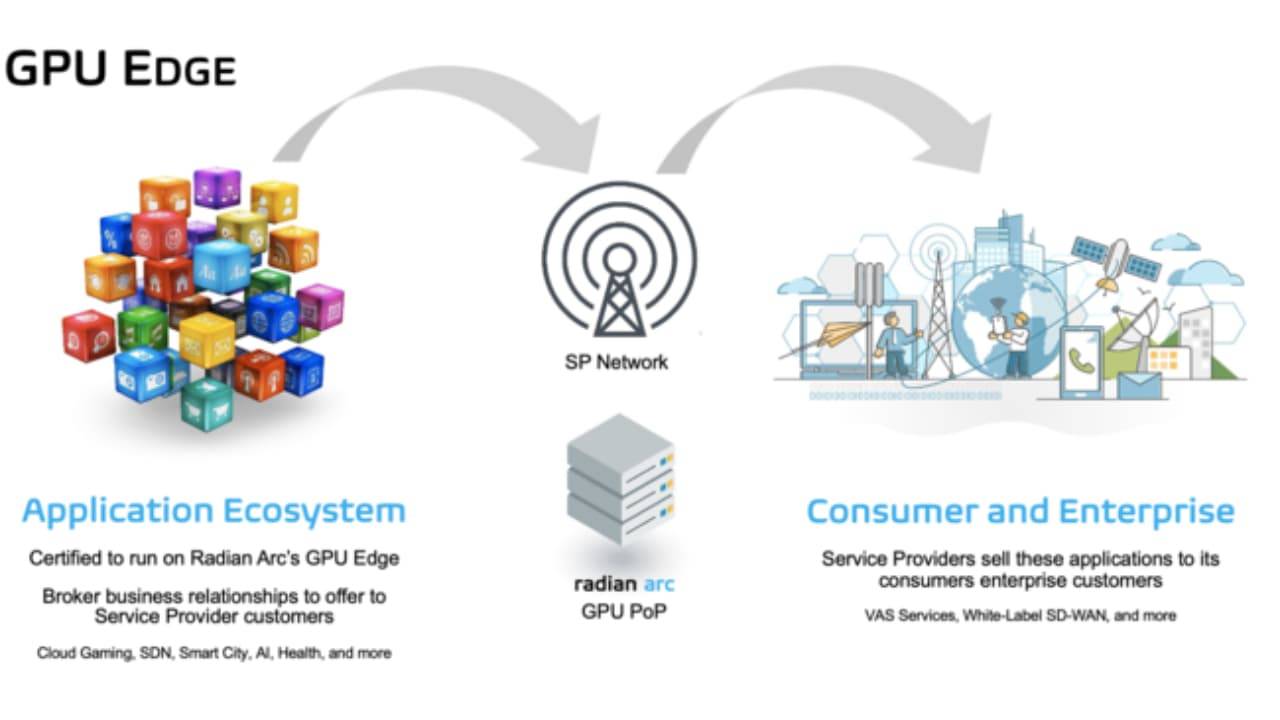 “We have built something pretty unique with the symbiotic integration of the Blacknut Cloud gaming service with the Radian Arc GPU-based edge cloud. Launching our joint offering in Brazil with Telecall is a world-first: it will allow millions of customers to access the 500+ premium games of the Blacknut Catalogue with an unprecedent quality of experience,”

“Telecall is leveraging its network and relationships of over 20 years with global telecom operators and service providers to help them build new digital experiences and better monetize their existing and future networks. By partnering with 5G and fiber operators, Radian Arc and Blacknut we believe we have created the perfect ecosystem for cloud gaming to prosper, reach millions of users and democratize access to gaming in countries where console and games are still very expensive for most of the population. Cloud gaming can help redefine and accelerate the gaming industry and market size.”

“We’re excited to partner with Blacknut and Telecall to demonstrate the power of our GPU-based edge to offer the speed, efficiency and low latency; delivering the highest quality experience for Blacknut’s cloud-gaming to Telecall’s consumers, wherever they are. We’re equally excited to expand the reach of our infrastructure-as-a-service to telecom operators and game publishers in Japan.”

About Radian Arc - www.radianarc.io
Radian Arc offers a global infrastructure-as-a-service, deploying GPU compute, storage and networking infrastructure inside of telecom operator networks. Radian Arc offers telecom operators a CAPEX free, GPU-based edge that facilitates low latency and improved economics for value-added services and monetization of 5G investments. In addition, Radian Arc offers a rich suite of applications such as Artificial Intelligence, Machine Learning and Cloud-Gaming that utilize its GPU edge and low latency network. Radian Arc’s initial focus is on cloud-gaming given the combined power and efficiency of 5G and GPU edge, delivering a high-quality experience to consumers at a lower cost to telecom operators. Radian Arc is headquartered in Australia, with a global team based in Los Angeles, Cincinnati, Malaysia, Singapore, Japan, India, and CIS.

About Telecall - www.telecall.com
Telecall is an ANATEL regulated operator (SCM, STFC and SMP Licenses), owner of a high-capacity fiber network, offering its customers the highest standard of quality, speed and accessibility in telephone and internet solutions. Services that include a wide range of added values, offering clients more productive, dynamic and effective operations. With the acquisition of the SMP license, Telecall now also offers mobile services (voice and data), providing corporate clients a variety of value-added plans and amenities. Furthermore, Telecall operates as an MVNE and MVNA, offering its core systems and networks for other companies who are interested in launching their own mobile operations to leverage their brands. Telecall is headquartered in Brazil, with offices in Miami, Portugal and England.