New update lets Blacknut subscribers stream PC and console games direct to their TV via Google Chromecast and Chromecast Ultra alongside existing support for streaming via Amazon Fire TV. This latest feature makes it easier than ever to play Blacknut’s catalogue of more than 400 games

Cloud-gaming specialist Blacknut is the first company to add support for Google’s plug-and-play Chromecast streaming device, meaning that gamers can now stream hundreds of quality PC and console games directly to their TV, without the need for an expensive games console or set-top box.

Blacknut’s cloud gaming service is available directly to gamers in 33 countries, and also via mobile operators including TIM Italy, POST Luxembourg, Partner in Israel and AIS in Thailand. For a single monthly fee subscribers get unlimited access to over 400 quality games from publishers including Square Enix, Gameloft, Codemasters, Deep Silver and more. All games can be played on any compatible PC, Mac, Android mobile or Smart TV, as well as Amazon FireTV Stick - and now Google Chromecast - for a full, cross-device experience.

Blacknut’s cloud gaming service costs £12.99 per month, with new subscribers currently receiving the first month for half the normal cost. It takes just a few minutes to create an account by going to blacknut.com. 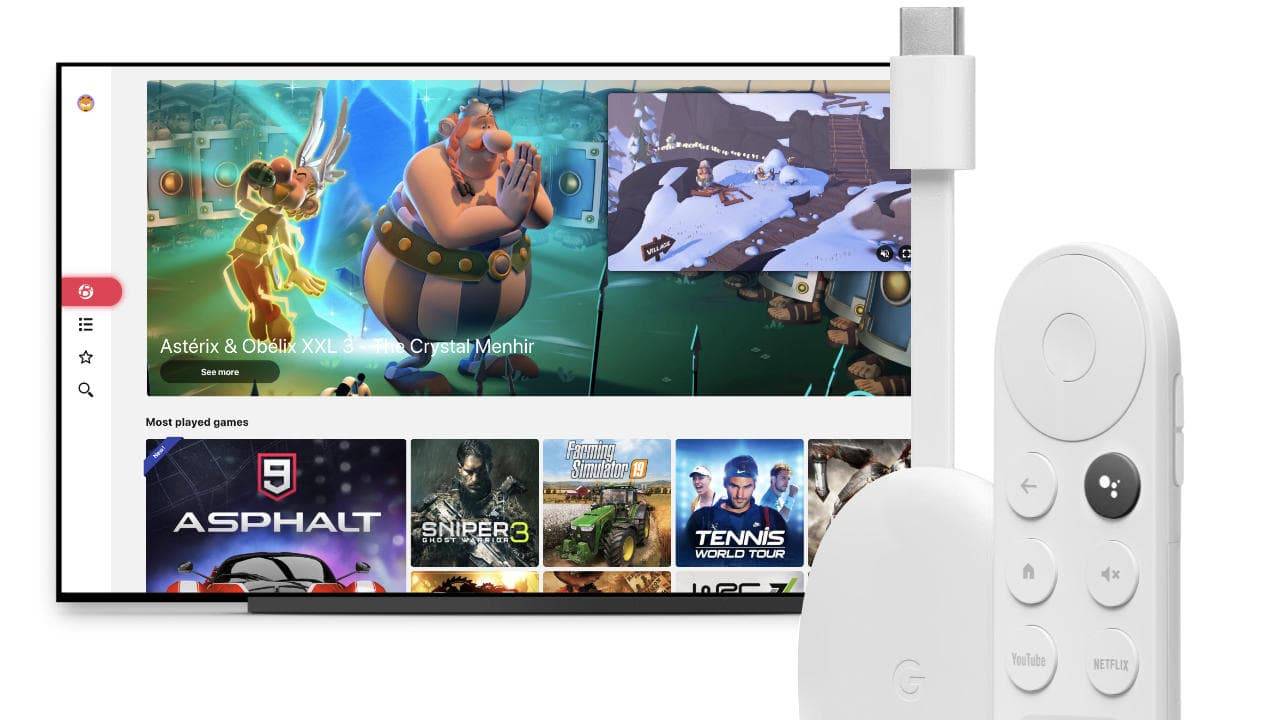 Unlike other cloud gaming platforms, Blacknut is the first to officially support both Chromecast and Chromecast Ultra devices. Playing Blacknut on a TV using Chromecast is simple: users simply need to install the Blacknut app onto their Chromecast device, which can be found on the Google Play Store. They then enter their account details into the app when prompted. Once installed, games can be played with any compatible Bluetooth controller - including the XBox One wireless controller.

As one of the first companies to launch cloud gaming back in 2018, we have always focused on making games available to as wide an audience as possible - and what could be simpler than playing console games directly on your TV?
2020 has been the breakout year for cloud gaming, with millions of consumers discovering a new way to play that offers the ultimate in convenience and value.